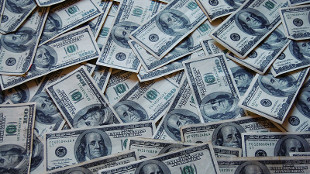 WIKIMEDIA, JERICHOThe UMETRICS (Universities: Measuring the Impacts of Research on Innovation, Competitiveness, and Science) project, based at the University of Michigan, examines the monetary investment in scientific research in the U.S. and its impact on the economy. A team of researchers led by Bruce Weinberg of Ohio State University published a segment of the project’s analysis last week (December 10) in Science. The report tracked the outcomes of research funding by surveying where newly minted PhD graduates found employment and how much they earned on average.

The team combined employment data from business registries and the US Census Bureau with graduation data from eight Midwestern universities. The study covered 3,197 individuals, all students who graduated between 2009 and 2011 and who were employed at a different institution between 2010 and 2012.

The top earners were engineers, who garnered an average income of roughly $65,000, followed closely by mathematicians...

Approximately 57 percent of the students in the study stayed in academic research, typically to pursue a postdoctoral fellowship. Nearly 40 percent went to industry instead, where they earned higher salaries compared to those who remained in academia. The remaining 4 percent of new doctorates were employed by government. Geographically, 13 percent of the graduates stayed within 50 miles of their degree-granting university; more than 20 percent of all graduates remained in the same state.

“People are going from these research experiences in graduate school into industry, to places where they’re valuable, where their training is entering the economy,” Weinberg told Nature.

“It’s an antidote to the anecdotes about PhDs driving taxis,” Michael Teitelbaum, a demographer at Harvard Law School who was not involved in the research, told STAT News. “This is saying that a substantial fraction are indeed making use of their advanced levels of education in productive employment.”