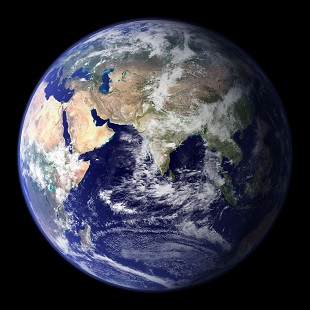 WIKIMEDIA, NASAResearchers at Indiana University have combined scaling laws with a model of biodiversity to produce a new estimate of the number of microbial species on Earth: somewhere between 1011 and 1012, or between 100 billion and 1 trillion. Given the current number of catalogued species stands at around 107, the researchers predict that around 99.999 percent of microbial species are left to discover. The findings were published on Monday (May 2) in PNAS.

“Estimating the number of species on Earth is among the great challenges in biology,” study coauthor Jay Lennon of Indiana said in a statement. “Our study combines the largest available datasets with ecological models and new ecological rules for how biodiversity relates to abundance. This gave us a new and rigorous estimate for the number of microbial species on Earth.”

Simon Malcomber, director of the National Science Foundation’s Dimensions of Biodiversity program, which helped fund the research, said that the study “offers a view of the extensive diversity of microbes on Earth” and “highlights how much of that diversity still remains to be discovered.” 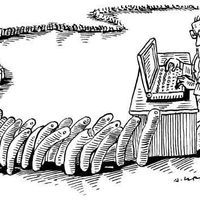