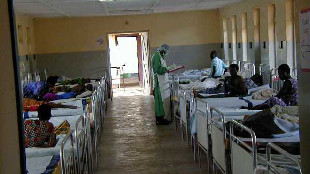 New cases of Ebola in West Africa have been dropping steadily since the peak of the crisis last fall, but details about human trials of the drugs designed to fight the crisis are still rolling in. Last week (June 19), Tekmira Pharmaceutical Corp. in Burnbay Canada and the Wellcome Trust announced that they were halting a phase 2 trial for the RNA interference-based drug TKM-Ebola-Guinea. In their statement, Tekmira said that the study had reached a “predefined statistical endpoint and enrollment has been closed.”

The decision to stop recruiting patients for the trial comes after discouraging preliminary results that suggest the drug, which was designed to disrupt viral replication, is “unlikely to demonstrate an overall therapeutic benefit to patients,” according to the Wellcome Trust. The move comes less than six months after Chimerix cancelled its trial of the antiviral drug brincidofovir, citing too few patients to recruit....

The trial, which began in March, was being held in Sierra Leone, in collaboration with College of Medicine and Allied Health Sciences in Freetown. Peter Horby, a clinical researcher at the University of Oxford who led the study told the Wall Street Journal that although, on the whole, the data point to a lack of overall benefit, “we need time to look at all the data to interpret that in the context of the patient mix and other variables.”

Thomas Geisbert, a microbiologist at the University of Texas Medical Branch in Gavleston told Science Insider that the trial was testing an older version of TKM-Ebola-Guinea that he found was less effective at protecting nonhuman primates from Ebola than a newer version that has not been approved for use in humans. “You’re comparing apples and kumquats,” he said.