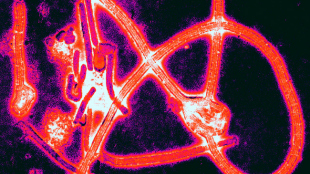 WIKIMEDIA, THOMAS GEISBERT, BOSTON UNIVERSITY SCHOOL OF MEDICINEThree separate research projects will test Ebola treatments among the human populations at the epicenter of the epidemic, according to the medical charity group Doctors Without Borders. The group announced today (November 13) that it will host the clinical trials, which are set to commence next month, at three separate sites in West Africa: in Liberia, and in Gueckedou and Conakry, two towns in Guinea.

Researchers from the University of Oxford in the U.K. will test the effectiveness of Brincidofovir, an antiviral drug being developed by Chimerix of Durham, North Carolina, in Liberia. Ebola sufferers in Gueckedou, Guinea, will be given the Japanese antiviral Favipiravir as part of a study that will be overseen by France's National Institute of Health and Medical Research. And researchers from the Antwerp Institute of Tropical Medicine will administer the blood of Ebola survivors to patients...

“There’s both the humanitarian need, a tragedy for individuals and for communities and we need to do everything we can to offer some hope to those communities,” Peter Horby, an Oxford researcher who will help conduct the Liberian trial, told BBC News. “But there’s also scientific need, we have these products which may or may not work in patients with Ebola and the only way we can test them is during an epidemic.”

The trials will be challenging, not only because the Ebola epidemic continues to ravage West Africa—the disease has claimed more than 5,000 lives—but because health care systems in the worst hit countries are severely compromised.

United Nations Ebola chief David Nabarro said he is hopeful that the trials will result in effective treatments for African patients. “I am told there will be doses of vaccines available next year,” he told the AP.

Nabarro’s optimism appears to be well founded. Liberian President Ellen Johnson Sirleaf officially lifted the country’s state of emergency today (November 13), citing progress that has been made against the outbreak there. In her nationally broadcast address, she said that the fight against Ebola was not over but that significant progress had been made, vowing that she would “sustain the fight against the virus until it is finally eradicated from our country.”