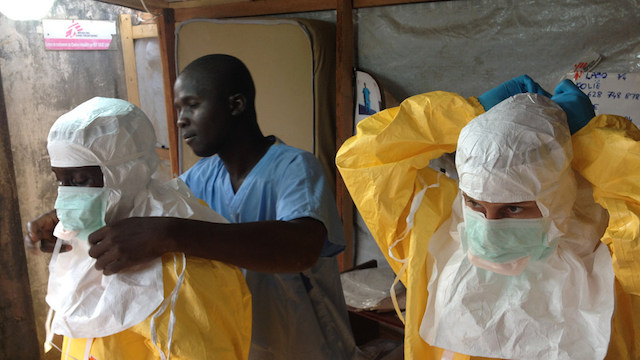 Within the first few months of the 2014 Ebola outbreak, the virus became less infectious in bats, the animal in which the pathogen is thought to have originated, and much more potent in humans. A mutation to a glycoprotein on the surface of the virus increased its ability to infect human cells, which could have contributed to the explosive scale of the outbreak.

The finding is described in two papers published last week (November 3) in Cell. Both studies compare viral genomes sampled at various times during the outbreak, finding that a single mutation that emerged three to four months into the epidemic spread rapidly through the viral population. This new strain caused higher mortality in humans and infected people at a faster rate, researchers reported.

The teams behind the two papers both sequenced thousands of virus genomes from Ebola patients in West African countries affected by the outbreak. The two teams worked independently and were not aware of their parallel efforts prior to launching their investigations, Scientific American reported; both arrived at the same conclusions.

As the virus proliferated, it quickly adapted, and the researchers observed a sharp uptick in the number of mutations to its DNA as the outbreak took hold. The mutation responsible for making the virus deadlier and more infectious in people altered a glycoprotein that the virus uses to latch onto and enter human cells.

Whether this mutation caused the explosive outbreak cannot be determined from the current evidence.

“Its appearance coincided with the virus taking off, but others factors were probably more important, like the movement of infected people into urban areas and lack of proper burials,” Jonathan Ball of the University of Nottingham, a coauthor on one of the papers, told The Atlantic. “If we hadn’t seen that mutation, there would probably still have been a big outbreak.” 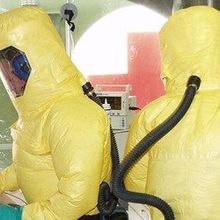