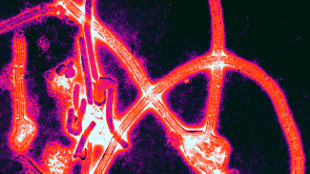 To curb the spread of the deadly virus, which is now infecting twice as many people every three weeks, the council proposed a resolution that calls for countries to provide even more aid—as much as 20 times the response that has already been put in action, BBC News reported. Specifically, the resolution, which was cosponsored by a record-setting 130 nations, asks countries to send supplies and medical staff to Liberia, Guinea, and Sierra Leone, and...

“The UN Security Council is charged with the essential duty to maintain international peace and security,” according to a statement from the O’Neill Institute for National & Global Health Law on the resolution. “[A] UNSC resolution could establish a well-coordinated and orderly international response to this unprecedented health crisis.”

In total, the UN estimates that it will cost some $1 billion to contain the virus, Nature news blog reported. “This is likely the greatest peace-time challenge that the United Nations and its agencies have ever faced,” WHO director-general Margaret Chan told the council.