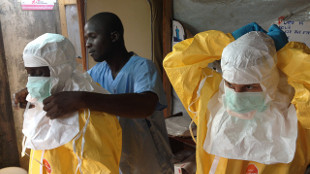 An American nurse exposed to Ebola while caring for patients in Sierra Leone was today (December 11) admitted to the National Institutes of Health (NIH) Clinical Center in Bethesda, Maryland. The patient will be treated by infectious disease and critical care specialists in a unit “specifically designed to provide high-level isolation capabilities,” the NIH said in a statement.

Meanwhile, a clinical trial of the rVSV-EBOV vaccine candidate now licensed to Merck & Co. has been put on hold at a Swiss hospital. Four of the 59 trial participants reported joint pains in their hands and feet. A research team at the University of Geneva Hospital plans to restart the study on January 5 after confirming that the side effects are “benign and temporary,” BBC News reported today (December 11). The trial’s volunteers “are all fine and being monitored regularly by the medical team leading the study,” the...

With clinical trials of rVSV-EBOV and GlaxoSmithKline’s ChAd3-EBO-Z underway, the US Department of Health and Human Services (HHS) announced this week (December 9) that the government will shield vaccine developers from legal claims in US courts in connection with the manufacturing, testing, development, distribution, and administration of the vaccines.

This protection falls under the Public Readiness and Emergency Preparedness Act (PREP) enacted in 2005, and applies to the candidate vaccines of GlaxoSmithKline, Merck, and Johnson & Johnson.

“My strong hope in issuing this PREP Act declaration in the United States is that other nations will also enact appropriate liability protection and compensation legislation,” HHS Secretary Sylvia Burwell said in a statement. “As a global community, we must ensure that legitimate concerns about liability do not hold back the possibility of developing an Ebola vaccine, an essential strategy in our global response to the Ebola epidemic in West Africa.”

And as soon as the World Health Organization (WHO) declares a vaccine ready for deployment, the Global Alliance for Vaccines and Immunization (Gavi) will fund the procurement and distribution of up to 12 million courses, the organization announced today (December 11). Gavi, which is funded by nonprofit and corporate donors as well as several national governments, will commit up to $300 million to procure the vaccines and as much as $90 million to support their deployment and to rebuild health systems in the affected countries.

“Gavi has a responsibility to those in need,” Board Chair Dagfinn Høybråten said in a press release. “We are making determined efforts to ensure that people living in Ebola-affected countries are protected as soon as possible and do not have to face another terrible outbreak in the future.”

Another approach to help stem the epidemic in the near-term is to enlist more naturally “vaccinated” Ebola survivors to treat the sick. In an editorial published in the International Journal of Epidemiology this week (December 9), researchers from Columbia University highlighted several advantages of this strategy, such as reducing the infection risk to foreign aid workers and regaining the trust of Ebola-affected communities.

“We advocate creating and expanding initiatives to identify, recruit and train the recovered for roles they might desire,” Columbia epidemiologist Zena Stein and her colleagues wrote. “Training survivors has the potential to save untold thousands of lives and decrease the likelihood of infections spreading to unaffected populations.”

Update (December 22): The American nurse admitted to the NIH Clinical Center on December 11 was discharged on December 19. Laboratory tests turned up no evidence of Ebola infection; the patient will be monitored for 21 days.