For the first time since 1929, a new species of great ape has been discovered: Pongo tapanuliensis, an orangutan that lives in the Batang Toru forest in Northern Sumatra, Indonesia. The Tapanuli orangutan is the third species of its genus (Pongo), and the seventh great ape member. A description of the new species was published in Current Biology today (November 2).

The remote population of orangutans in the Batang Toru forest had only been discovered in 1997. But it was Matthew Nowak, a conservationist with the Sumatran Orangutan Conservation Program, who found the first evidence that it could be a distinct species in 2013: specifically, the bones of a male that had been injured by local humans and later died were distinctly different from other orangutan species.

In the latest study, a team of scientists led by Michael...

The genetic analysis conducted by Krützen’s team showed Tapanuli orangutans to be more closely related to Bornean orangutans than their other relatives who live on the same island, Sumatran orangutans. This makes sense as orangutans originally hail from the Asian mainland and migrated to Sumatra later on. The data suggest that the Batang Toru species is the closest descendant of those arrivals from the mainland, shining light on the evolutionary history of the Pongo genus.

Some scientists remain doubtful of the Tapanuli representing a novel species. Rebecca Stumpf from the University of Illinois at Urbana-Champaign tells The Atlantic: “I’d suggest that more evidence is needed before adopting separate species designations.” One flaw in the study pointed out by Krützen himself is that the skeletal analysis only relies on one individual of the Batang Toru group.

Russ Mittermeier, chair of the primate specialist group at the International Union for the Conservation of Nature (IUCN), tells Nature that he considers the evidence to be “unquestionably” sufficient to characterize a novel species.

Krützen tells The Atlantic that time will tell. “We’ll continue to work on this, and it might be that in 10 years’ time, we’ll say we have new data that doesn’t support a species status. That’s okay. That’s scientific progress.”

For conservationists, the concern is that there are only 800 individuals of Pongo tapanuliensis, and they are threatened by habitat loss and hunting. The IUCN primate specialist group has proposed that the species be included on its Red List of Threatened Species. Biruté Mary Galdikas, an orangutan specialist in Los Angeles who founded Orangutan Foundation International, tells Nature: “It would be bitterly ironic if it goes extinct as a biologically viable population just as it is described as a new species.”

Editor's note (October 31): We replaced the image at the top of the article. 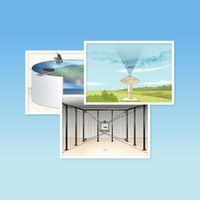