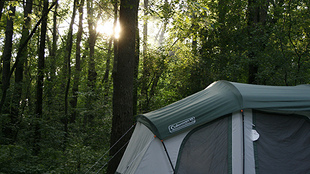 “What’s remarkable is how, when we’re exposed to natural sunlight, our clocks perfectly become in synch in less than a week to the solar day,” coauthor Kenneth Wright, a University of Colorado Boulder integrative physiologist, said in a press release.

For the first week of the study, participants went about their ordinary routines at home. Next, they all went camping in the Rocky Mountains for a week without flashlights or electronics.

Throughout the study, the participants wore wrist monitors that logged light intensity, time of day, and activity. At the end of each week, the researchers measured the participants’ melatonin levels, which indicate circadian cycle status.

The experiment also showed that a week in the wilderness reduced the differences among the participants’ daily rhythms, with the schedules of early birds and night owls converging.