Scientific publishing giant Elsevier put out a total of six publications between 2000 and 2005 that were sponsored by unnamed pharmaceutical companies and looked like peer reviewed medical journals, but did not disclose sponsorship, the company has admitted. Elsevier is conducting an "internal review" of its publishing practices after allegations came to light that the company produced a pharmaceutical company-funded publication in the early 2000s without disclosing that the "journal" was corporate sponsored. The allegations involve the __Australasian Journal of Bone and Joint Medicine__, a publication paid for by pharmaceutical company Merck that amounted to a compendium of reprinted scientific articles and one-source reviews, most of which presented data favorable to Merck's products. __The Scientist__ obtained two 2003 issues of the journal -- which bore the imprint of Elsevier's Excerpta Medica -- neither of which carried a statement obviating Merck's sponsorship of the publication. An Elsevier spokesperson told __The Scientist__ in an email that a total of six titles in a "series of sponsored article publications" were put out by their Australia office and bore the Excerpta Medica imprint from 2000 to 2005. These titles were: the __Australasian Journal of General Practice__, the __Australasian Journal of Neurology__, the __Australasian Journal of Cardiology__, the __Australasian Journal of Clinical Pharmacy__, the __Australasian Journal of Cardiovascular Medicine__, and the __Australasian Journal of Bone & Joint [Medicine]__. Elsevier declined to provide the names of the sponsors of these titles, according to the company spokesperson. "It has recently come to my attention that from 2000 to 2005, our Australia office published a series of sponsored article compilation publications, on behalf of pharmaceutical clients, that were made to look like journals and lacked the proper disclosures," said Michael Hansen, CEO of Elsevier's Health Sciences Division, in a linkurl:statement;http://www.elsevier.com/wps/find/authored_newsitem.cws_home/companynews05_01203 issued by the company. "This was an unacceptable practice, and we regret that it took place." When confronted with the questionable publishing practices surrounding the __Australasian Journal of Bone and Joint Medicine__ last week, Elsevier indicated that it had no plans of looking into the matter further, but that decision has apparently been reversed. "We are currently conducting an internal review but believe this was an isolated practice from a past period in time," Hansen continued in the Elsevier statement. "It does not reflect the way we operate today. The individuals involved in the project have long since left the company. I have affirmed our business practices as they relate to what defines a journal and the proper use of disclosure language with our employees to ensure this does not happen again." "I understand this issue has troubled our communities of authors, editors, customers and employees," Hansen added in the statement. "But I can assure all that the integrity of Elsevier's publications and business practices remains intact." __Correction (May 7): The headline and original version of this story incorrectly indicated that Elsevier had produced seven titles in their "series of sponsored article publications" when in fact the publisher produced only six. __The Scientist__ regrets the error.__
**__Related stories:__***linkurl:Merck published fake journal;http://www.the-scientist.com/blog/display/55671/
[30th April 2009]*linkurl:Elsevier expands biopharma base;http://www.the-scientist.com/blog/display/54420/
[11th March 2008]*linkurl:Merck's fall from grace;http://www.the-scientist.com/article/display/23391/
[May 2006]
Related Articles 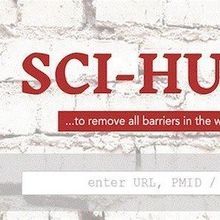