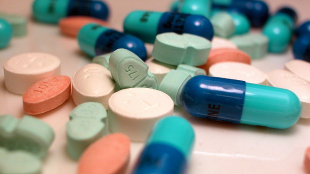 WIKIMEDIA, CHAOSClinical trial reports include massive amounts of data on an investigational therapy, but they are rarely made available for independent researchers to analyze. In a move toward greater transparency, the European Medicines Agency (EMA) has been working on a policy to make these reports more readily available. Last week (June 12), the agency announced that its management board had updated the rules to make accessing the reports more user-friendly, allowing researchers to download them.

“This is a good move,” Síle Lane from Sense About Science, a group that aims to represent the public interest in science, said in a statement. “It will mean researchers will be able to scrutinise, compare and share clinical trial information. Allowing researchers access to clinical trial information on-screen-only would have made their job impossible.”

Advocates for transparency are still concerned, however, that the EMA has scaled back its original plans for having...

The EMA said in its announcement that the policy goes beyond the agency’s “legal obligations and provides an unprecedented level of access to clinical trial data that are used as part of decision-making for new medicines.”