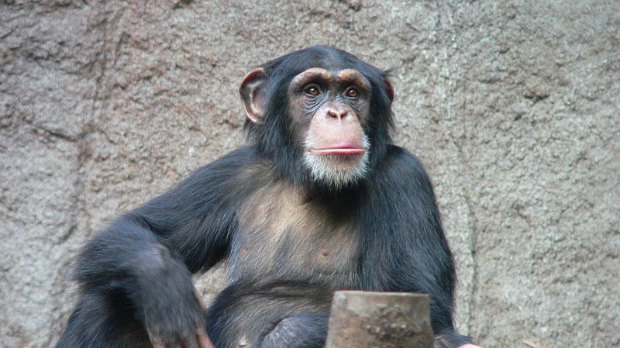 Chimpanzee at the Leipzig ZooWIKIMEDIA, THOMAS LERSCHTwo research chimpanzees, Hercules and Leo, arrived at the research facility that owns them following a legal dispute over whether the primates were legal persons, ScienceInsider reported today (January 8).

Last summer, a judge decided that the chimps were property and not deserving of the rights of personhood. The Nonhuman Rights Project had sought legal rights for the animals, who had lived at Stony Brook University in New York for the past four years. The university transferred Hercules and Leo to the New Iberia Research Center in Louisiana on December 10.

Steven Wise, the Nonhuman Rights Project’s president, told ScienceInsider he will continue working for their release. “We’re shifting from a legal to a political campaign. We’re going to ramp up pressure on the governor of Louisiana and the University of Louisiana system to free these chimpanzees.”