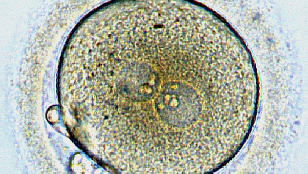 WIKIMEDIA, NINASESResearchers in the U.K. will soon use precision genome-editing on human embryos in an effort to probe the mysteries of early development. And they’ll do it with the blessing of government regulators. On Monday (February 1), the U.K.’s Human Fertilisation and Embryology Authority (HFEA) made the unprecedented step of approving a project involving the editing of genes in early human embryos.

Scientists in China made headlines last year when they announced their application of CRISPR/Cas9 to modify structurally deficient human zygotes. The April Protein & Cell paper reporting the findings set off alarm bells across the life science community, dividing researchers between those who thought the move was premature and ill-advised and those who warned of the dangers of stifling such research.

The UK researchers who will apply the technique to early human embryos, which will be destroyed after seven days of growth, are the first scientists...

Lovell-Badge is also a researcher at the Francis Crick Institute in London, where the research will take place. His Francis Crick Institute colleague, developmental biologist Kathy Niakan, is the researcher who applied for the approval from the HFEA. Niakan and her team will use CRISPR/Cas9 to block the activity of OCT4, a crucial regulatory gene, in early embryonic cells. “I am delighted that the HFEA has approved Dr Niakan’s application,” Francis Crick Institute Director Paul Nurse in a statement (via Nature). “Dr Niakan’s proposed research is important for understanding how a healthy human embryo develops and will enhance our understanding of IVF [in vitro fertilization] success rates, by looking at the very earliest stage of human development.”

Correction (February 2): The original version of this article used an incorrect pronoun in reference to Robin Lovell-Badge. The Scientist regrets the error.