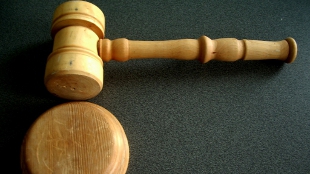 The legality of federally funding human embryonic stem cell (hESC) research is being questioned in court again, and the decision may rest on a technicality, reported ScienceInsider.

National Institutes of Health guidelines released in 2009 lifted the Bush-era restrictions on hESC research, but were met with a lawsuit by adult stem cell researchers that August. A preliminary injunction by the US District Court in Washington, DC, prevented NIH funding for hESCs in August 2010. Just 2 weeks later, the US Court of Appeals for the District Court stayed the injunction, then overturned it for good in April 2011—3 months before the appeals court dismissed the lawsuit altogether. Now, the case is once again in appeals court, and current arguments focus on whether this earlier decision is binding.

The plaintiffs argue that the 2009 NIH guidelines contravene the 1996 Dickey-Wicker Amendment, which prohibits federal funding for...

The plaintiffs also argue that comments from opponents of hESC research should have been considered by the NIH when the guidelines were crafted, but the NIH disputes this, saying that the agency was responding to an order from President Obama asking how, not whether, to fund such research.

The Appeals Court may rule within 4 to 6 months, but some observers expect the case to eventually reach the US Supreme Court.