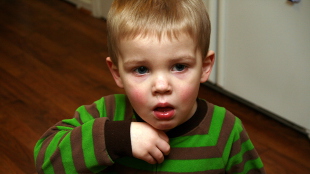 Last month, children’s hospitals in Chicago and Kansas City, Missouri, noted unusual numbers of patients with severe respiratory symptoms. On Monday, the US Centers for Disease Control and Prevention (CDC) confirmed the presence of enterovirus D68 (EV-D68) in samples from 30 patients, about two-thirds of whom suffer from asthma.

Suspected cases of EV-D68 have also been reported by 10 other states in the Midwest and Southeast. The virus is rarely fatal, but patients may have extreme difficulty breathing, causing their blood oxygen levels to drop. Many have been admitted to intensive care units and treated with oxygen therapy.

Most enterovirus infections are relatively harmless; enteroviruses and rhinoviruses typically cause symptoms of the common cold. It’s unclear why this strain, which has been reported only a handful of times in the US since it was initially identified in 1962, has spread so quickly this year.

“We speculate that this...

It’s also unknown why the virus seems to only cause severe illness in children. The start of the school year has likely contributed to the spread of EV-D68. It’s disturbing to see so many children admitted to intensive care units, Mary Anne Jackson, director of the infectious disease division at Children’s Mercy Hospital in Kansas City, told CNN. “I've practiced for 30 years in pediatrics, and I've never seen anything quite like this,” she said.