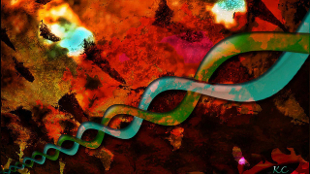 FLICKR, KA2RINAOver the past several years, researchers have begun making synthetic genetic polymers they called XNAs, which incorporate alternative molecules in place the ribose or deoxyribose portions of RNA and DNA, and a couple of years ago, Philipp Holliger of the U.K.’s MRC Laboratory of Molecular Biology and his team showed that these nucleic acids can replicate and evolve just like the real thing. Now, the group has used XNAs to encode and produce artificial enzymes that, once again, function just as well as natural molecules, capable of constructing and breaking down other compounds, according to research published this week (December 1) in Nature.

“Our work suggests that, in principle, there are a number of possible alternatives to nature’s molecules that will support the catalytic processes required for life,” Holliger told BBC News. “Life’s ‘choice’ of RNA and DNA may just be an accident of prehistoric chemistry.”...

The research points to the possibility of life forms based on molecules other than DNA, structural biologist Paul Freemont of Imperial College London, told the BBC. “It provokes people to think that what we see on our planet is just one chemical possibility. It’s the pure challenge of the chemistry of life.”

Additionally, Holliger noted, the synthetic nucleic acid/enzyme system could provide a new way to make human therapeutics. Because the XNAs do not exist in nature, they are immune to the enzymes of the body that degrade proteins. “This might make them an attractive candidate for long-lasting treatments that can disrupt disease-related RNAs,” Holliger told the BBC. “And because we can modify chemistry at least to some extent to our hearts’ content, we can make tailor-made enzymes for particular purposes.”

“This work is another nice step towards demonstrating the functional capabilities of XNAs,” Nobel Laureate Jack Szostak of Harvard University told New Scientist.