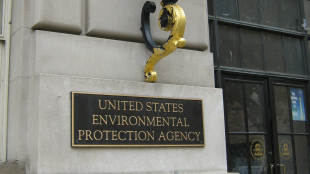 WIKIMEDIA, DAVE_7Advisors to President Obama this week (March 3) argued in favor of vetoing two bills, backed primarily by Republicans, which are aimed at changing practices at the US Environmental Protection Agency (EPA). One of the bills would require that any actions by the agency be supported by publicly available data, while the other would overhaul its scientific advisory board.

According to a statement about the evidence transparency bill, Obama’s advisors said: “The bill would impose arbitrary, unnecessary, and expensive requirements that would seriously impede the [EPA’s] ability to use science to protect public health and the environment. . . . For example, the data underlying some scientifically-important studies is not made broadly available in order to protect the privacy of test subjects, and modeling that EPA uses for a variety of purposes are not EPA property and therefore cannot be publicly released.”

As for the bill that would change the requirements for the EPA’s science advisory board, the President’s advisors said in a statement it would “preclude the nomination of scientists with significant expertise in their fields.”

According to ScienceInsider, Frank Lucas (R-OK) told a congressional committee that the bill works toward “guaranteeing a well-balanced expert panel, increasing transparency, and encouraging public participation.”

Update (March 18): The House passed H.R. 1029, which, if adopted, would change the qualifications for the EPA's science advisors.

Update (March 19): The House also passed H.R. 1030 this week, which would require EPA's regulations to be based on publicly available data only.