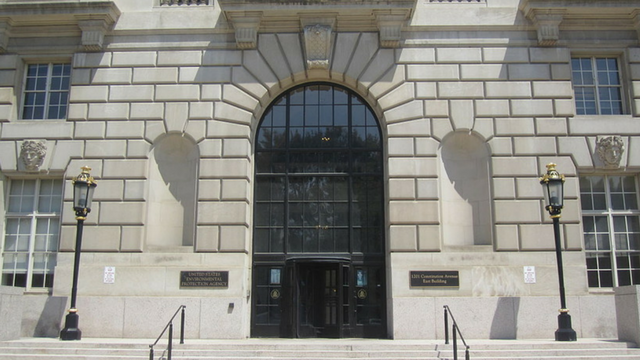 WIKIMEDIA, BILLY HATHORNIn an unprecedented move earlier this summer, US Environmental Protection Agency (EPA) head Scott Pruitt appointed John Konkus, an aide to President Donald Trump, to review the agency’s grant funding decisions and solicitations, according to an E&E News report published last month (August 17). To date, he has canceled funds for several programs connected to air pollution and watershed protection and suspended all grants destined for Alaska, a move that, according to The Washington Post, had placed more than $10 million on hold.

While details concerning the scope and method of the new vetting process are lacking, Konkus’s focus has been directed to grants associated with climate change, The Washington Post reports. The protocol marks an “ideological shift” from previous administrations’ policies and has prompted confusion and unease from EPA officials and members of Congress.

Former EPA employee Christine Todd Whitman tells The Washington Post that throughout her tenure under the George W. Bush administration, the President’s aides were not involved in funding decisions. “We didn’t do a political screening on every grant, because many of them were based on science, and political appointees don’t have that kind of background,” she says.

Out of the more than $1.7 billion in grant funds issued by the EPA, only certain programs have been targeted, writes EPA spokesperson Liz Bowman in an email to The Washington Post. This vetting process is in place to ensure harmony between the agency’s funding decisions and “the Agency’s mission and policy priorities.”

“We review grants to see if they are providing tangible results to the American people,” she adds.