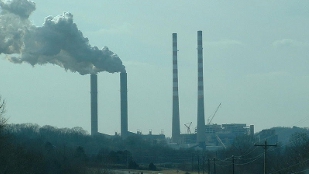 A three-judge panel from the US Court of Appeals on Tuesday (June 26) decided against industry groups that had challenged the legality of the Environmental Protection Agency’s (EPA) regulation of greenhouse pollutants.

The ruling retains the EPA’s authority to regulate and develop future rules to regulate gasses involved in global warming. “Today’s ruling by the court confirms that EPA’s common sense solutions to address climate pollution are firmly anchored in science and law,” Fred Krupp, president of the Environmental Defense Fund, told The Hill Newspaper. The decision keeps intact a 2007 Supreme Court ruling that required the EPA to regulate carbon dioxide and other greenhouse gasses.

The plaintiffs argued that the science used by the EPA to set limits was too uncertain and was unable to specify a precise number at which greenhouse gases become a threat, and that the EPA was “delegating” its decision...

"In the end, petitioners are asking us to re-weigh the scientific evidence before EPA and reach our own conclusion," the judges wrote in their decision. "This is not our role." (Hat tip to ScienceNOW.)