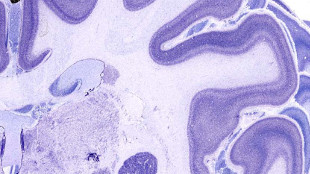 When a cell divides and copies its DNA, it also makes copies of histones, the proteins that spool DNA and regulate gene expression. Since most neurons don’t typically divide, scientists have long thought that their histones also remain stagnant. A study published in Neuron  yesterday (July 1) is now challenging that view, showing that neurons in mice and in humans switch out old histones for new ones, and that this process is important for brain plasticity.

“These are very exciting results, creating a new front in the field of chromatin biology,” study coauthor Ian Maze, a neurobiologist at the Icahn School of Medicine at Mount Sinai, said in a statement.

Maze and colleagues at Mount Sinai and Rockefeller University examined levels of a histone variant called H3.3 that is known to turn over in other cells, even when those cells are not dividing. They found that H3.3...

To further elucidate the turnover process, the researchers fed mice food laced with a radioactive isotope of lysine that could be detected in recently-made histone, and found that mice housed in mentally stimulating environments containing toys and wheels had more H3.3 turnover in their hippocampi, MedicalXpress reports. The scientists also demonstrated a relationship between histone replacement and neuronal plasticity in human and mouse cell lines.

“Histone turnover, shown through our work with H3.3, is essential for the behavior of brain cells,” Maze said. “Furthering our understanding of how the brain works, learns, forms new memories and reacts to changes in the environment can help us to find new ways to treat neurodegenerative diseases and mental illness.”