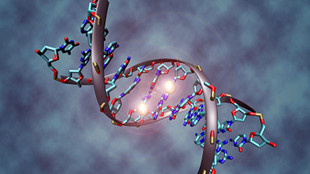 WIKIMEDIA, CHRISTOPH BOCK, MAX PLANCK INSTITUTE FOR INFORMATICSEpigenetic modifications play a major role in cell differentiation, helping to determine which genes are transcribed in divergent cell lines. But it is difficult to observe the DNA of individual cells of an embryo during development. A paper published in Cell last week (May 9) follows embryonic stem cells as they differentiate, showing that cells display different epigenetic modifications depending on their developmental stage.

The researchers induced human embryonic stem cells to differentiate into four different cell types: mesendoderm, which will become the middle and inner layer of tissue in the embryo; trophoblast-like cells, which nourish the embryo and help form the placenta; mesenchymal stem cells, which differentiate into bone and cartilage; and neural progenitor cells. They recorded which genes were transcribed in each type of cell at various stages of differentiation and measured chromatin remodeling and DNA methylation.

“Epigenomic studies of how stem cells differentiate into distinct cell types are a great way to understand early development of animals,” Joseph Ecker, director of the Salk Institute’s Plant Molecular and Cellular Biology Laboratory and an author of the paper, said in a press release. “If we understand how these cells’ lineages originate, we can understand if something goes right or wrong during differentiation. It’s a very basic study, but there are implications for being able to produce good quality cell types for various therapies.” 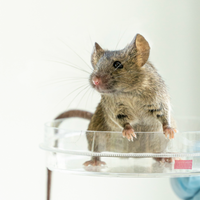