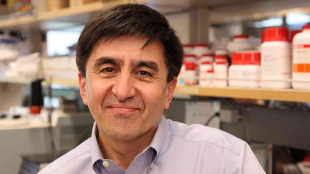 Shoukhrat MitalipovOREGON HEALTH AND SCIENCE UNIVERSITYThe team behind a landmark study published last week that reported the creation of human embryonic stem cells via nuclear transfer, or cloning, has admitted that several images in paper were duplicated or mislabeled, but insists the errors do not invalidate the results, reported Nature.

“The results are real, the cell lines are real, everything is real,” Shoukhrat Mitalipov of the Oregon Health and Science University, who led the study, told Nature. Mitalipov also explained that the unusually rapid review of the paper, which was accepted 4 days after submission and published just 12 days later, was a result of his eagerness to present the results at a meeting in June.

The research, published in Cell, was the first time stem cells had been generated via nuclear transfer, the same achievement claimed by Korean scientists in 2004 in what turned...

Mitalipov has conceded that several mistakes were made. For example, one pair of images was meant to show that hESCs from nuclear transfer (NT-hESCs) look similar to those from IVF embryos, to show that the former are the real thing. But the two images were actually identical, the same image printed twice with different captions. A scatterplot image meant to show similarities in gene expression between the two stem cell lines was also used twice.

Mitalipov told ScienceInsider that the errors do not affect the validity of the results. The most important data—which show that NT-hESCs contain mitochondrial DNA that matches that of the egg cells and nuclear DNA that matches that of the donor cell—were unaffected. He said that he is planning to send the cells to other labs, which can confirm the results. “We are not hiding these cell lines,” Mitalipov told Nature.

Nevertheless, many scientists are concerned that the paper was rushed though the review process, especially considering it’s such as controversial field.

“The 4-day review process was obviously inadequate,” Arnold Kriegstein, director of the stem-cell programme at the University of California, San Francisco, told Nature. “It’s a degree of sloppiness that you wouldn’t expect in a paper that was going to have this high profile. One worries if there is more than meets the eye and whether there are other issues with the work that are not as apparent.”

Mitalipov is working with Cell to issue an official correction as soon as possible.