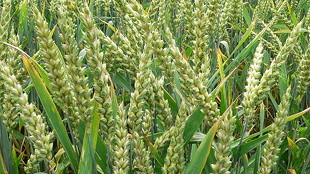 WIKIMEDIA, DAVID MONNIAUXEarlier this year, an Oregon farmer discovered wheat growing in his field that had been genetically engineered to be resistant to the weed-killer glyphosate. Months later, the United States Department of Agriculture (USDA) is still trying figure out how the wheat got into the field, Nature reported.

Genetic tests by the USDA determined that the wheat matches MON71800, also called Roundup Ready wheat, a glyphosate-resistant wheat developed by biotech company Monsanto. No genetically engineered wheat has been approved for growth in the U.S., although Monsanto did field trials of its Roundup Ready wheat in 16 states including Oregon between 1997 and 2005.

Upon hearing of the contaminated wheat field, South Korea and Japan initially halted imports of US wheat, but South Korea has now resumed them. Tests indicate that the US wheat supply is generally free of genetically modified plants.

The USDA is now genetically testing the...

Carol Mallory-Smith, an Oregon State University weed scientist who initially determined that the farmer’s wheat was genetically modified, doubts that the release was on purpose.

“There are so many places in the system where errors can be made,” she told Nature. “Once we release these genes into the field, we should just assume that they are going to stay in the environment.”