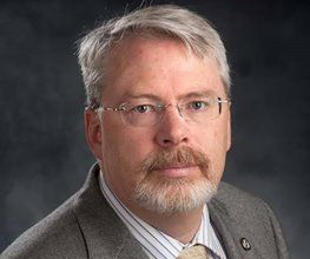 IMAGE COURTESY OF THE UNIVERSITY OF IDAHOA bioinformatician and the dean of the University of Idaho’s College of Science was found dead in his car, submerged in an Idaho reservoir on Friday (April 22). Paul Joyce, 57, was found on Saturday by local law enforcement officials. “Paul was a committed member of our university leadership team, a dedicated scientist and researcher, and a valuable teacher and mentor,” the university said in a statement released Monday (April 25).

According to an April 26 statement from the Clearwater County Sheriff’s Office, Joyce accidentally drove his car into the body of water, likely making a wrong turn while travelling to his hotel in Orofino, Idaho. “Joyce was not familiar with the area and was given directions on how to get to Orofino,” the sheriff’s office said. Officials completed an autopsy on Joyce’s body on Monday and concluded that the cause of death...

Joyce was an accomplished researcher, having published dozens of papers in a variety of fields, including genetics, evolution, and molecular biology. He also held a patent on the categorization of vaginal microflora.

“As a dean, Paul was all about win-win,” Holly Wichman, a professor in biological sciences and close colleague of Joyce’s, said in the university’s statement. “He always said that he believed in double counting—giving both sides of a collaborative effort full credit. He was not territorial, but was very proud of the accomplishments of his college and worked tirelessly to achieve recognition for his people.”

He is survived by his wife and son.