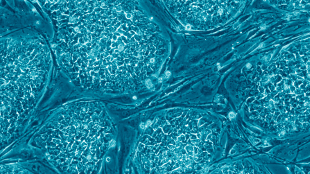 This fall, the European Court of Justice banned the patenting of research processes that involve human embryonic stem cells (hESCs).  Now, the Alliance of German Scientific Organizations—which includes all university rectors, ten research organizations, the government advisory body for science policy, and Germany’s main science-funding agency—has publicly criticized the ruling, arguing that the judgment, which stated that any research involving hESCs is “immoral,” overstepped the intellectual property decision the court was to consider, Nature reported.

The statement from the Alliance, released yesterday (December 7), argues that the ruling could “discredit” hESC research, as well as the field’s scientists, and specifically stresses that the ruling should not hinder the ability of German funding organizations to support the research. “The European Court of Justice is neither the proper place to decide on patent rights nor to impose a general moral order on the...

The restrictions on hESC research vary across Europe. In Ireland, hESC research is banned entirely, while Germany only allows researchers to work on cell lines established before May 2007.  In the United Kingdom and Sweden, on the other hand, scientists are even allowed to create their own lines. The alliance’s statement argues that due to this inconsistency across the EU, regulatory decisions should be made by national governments.