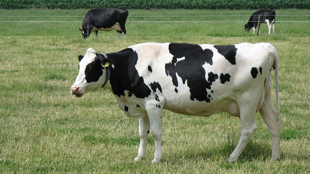 WIKIMEDIA COMMONS, DOHDUHDAHReflecting growing worries about the overuse of antibiotics contributing to the global public health threat of drug-resistant bacterial infections in humans, the European Medicines Agency (EMA) has suggested a ban on the blanket use of the antibiotic colistin for farm animals, Nature reported Tuesday (July 30). The agency said that colistin, which has been used by veterinarians for more than 50 years, should still be made available, but that the drug’s use should be restricted to infected animals or animals in contact with infections. The European Commission will soon make a decision about the proposed restriction.

The EMA also indicated that there was no evidence in support of the prophylactic use of another antibiotic called tigecycline, which is not currently approved for use in animals, though the agency fell short of a formal recommendation for guidelines on its use. Both colistin and tigecycline are regularly prescribed...

“The EMA recommendation is the precautionary approach, and is laudable,” Laura Piddock, a microbiologist at the University of Birmingham in the U.K. and director of Antibiotic Action, which encourages the development of new antibiotics, told Nature. “The reality is that we should question the use of any antibacterial agent outside of human medicine and until there is unequivocal evidence showing no effect of animal use upon human health.”

Many scientists blame the heavy application of antibiotics to livestock for increasing the prevalence of drug-resistant bacteria, which cause about 100,000 deaths per year—mostly among the young, the elderly, and those with compromised immune systems. The US has tried and failed to restrict antibiotics’ overuse on farms, while the European Union has so far banned their use as growth agents.

The EMA’s recommendations regarding colistin and tigecycline were in response to the European Commission’s four-part request for scientific input regarding its Action Plan Against the rising threats from Antimicrobial Resistance, which will be finalized at the end of 2014.