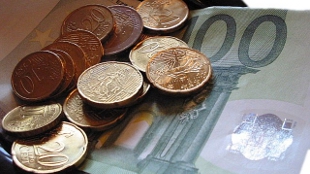 WIKIMEDIA, JULIEN JORGELast week, when the European Union’s 27 member states agreed to reduce the organization’s overall budget for 2014-2020, the section including research spending came out with a boost of around 37 percent, reported ScienceInsider. On the face of it, that’s a good outcome for European science, but research leaders had been lobbying for more.

Under the new budget, the main science-funding program—known as Horizon 2020—would receive €70.96 billion (US$95.4 billion). But the European Commission, the EU’s executive arm, had proposed €80 billion (US$108 billion) and research leaders have argued that such a figure is the minimum required for the success of Horizon 2020, which includes several new initiatives not funded by the EU’s current science-funding program.

“Our feeling is that €80 billion is required to deliver on the ambitious and exciting proposal that the commission presented,” Paul Boyle, the chief executive of the United Kingdom's...

The budget has yet to be approved by the European Parliament, which had proposed €100 billion for Horizon 2020. Leaders of several of the largest parties said they would stand firm on several points in the budget, including the “strengthening of research and competitiveness,” so the current plan for science funding may yet be modified.