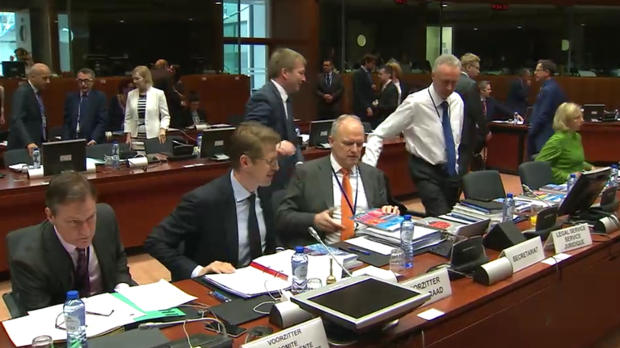 Roundtable at the Competitiveness Council on May 27, 2016 in Brussels.EUROPEAN UNIONEurope is adopting a bold new roadmap toward open science: make all publications open access by 2020. Though the goal is ambitious, some European science ministers and open-access advocates are hailing the move as revolutionary. The proclamation came out of a two-day meeting of the Competitiveness Council, which comprises European business, science, and trade leaders, in Brussels. The effort has been spearheaded by the Dutch government, which holds the rotating EU presidency at the moment. “We probably don't realize it yet, but what the Dutch presidency has achieved is just unique and huge, European science chief Carlos Moedas said during a press conference last week. “The commission is totally committed to help move this forward.”

The commission provided few details for how the sweeping goal is to be achieved or even what a totally open-access Europe might look like, according to open-access advocate Stevan Harnad of the University of Québec in Canada. “The means are still somewhat vague,” he told Science, “but the determination to reach the goal of having all scientific articles freely accessible by 2020 is welcome.”

The declaration is not legally binding, but rather a guideline for the 28 governments that make up the European Union.