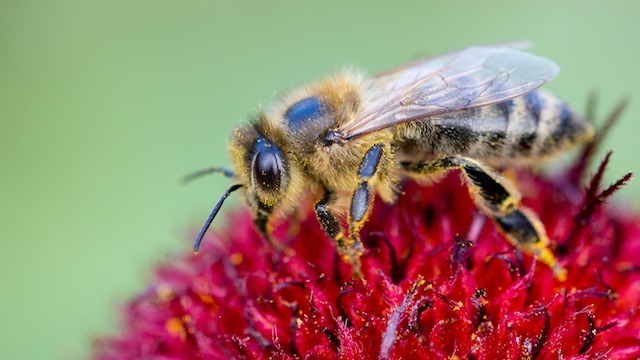 A majority of European Union (EU) member states voted today (April 27) to ban the use of three neonicotinoid pesticides, imidacloprid, clothianidin, and thiamethoxam, due to their harm to bees.

“There is abundant evidence from lab and field studies that neonicotinoids are harmful to bees, and a growing body of evidence linking them to declines of butterflies, aquatic insects and insect-eating birds,” Dave Goulson, a biology professor at the University of Sussex, tells The Associated Press. “The EU decision is a logical one.”

This new ban extends restrictions the E.U. put in place in 2013, which limited the use of neonicotinoids on certain crops, such as maize, wheat, and oats. Under the new regulations, farmers will no longer be allowed to use the pesticides in open fields. The use of these chemicals in greenhouses, however, will be permitted.                         ...

The E.U.’s decision was influenced in part by a report from the European Food Safety Authority (EFSA), published this February, which concluded that neonicotinoids were harmful to both wild bees and honey bees. The European Commission had recommended these measures months ago, “on the basis of the scientific advice from EFSA,” Vytenis Andriukaitis, European commissioner for Health and Food Safety, tells The Guardian. “Bee health remains of paramount importance for me since it concerns biodiversity, food production and the environment.”

The proposed neonicotinoid ban had gained widespread public support. A petition by the campaign group Avaaz has gained almost 5 million signatures, and protestors rallied outside the E.U.’s Brussels headquarters ahead of the vote.

Not everyone is happy with the EU’s decision, however. According to The BBC, many farmers do not believe the increased restrictions on neonicotinoid use are warranted, citing the lack of noticeable benefits from the partial ban. "The Commission hasn’t been able to find that these restrictions have delivered any measurable benefits for bees," Chris Hartfield from the National Farmers’ Union in the U.K., tells The BBC.

The ban will come into effect by the end of the year.

See “A Political Battle Over Pesticides”