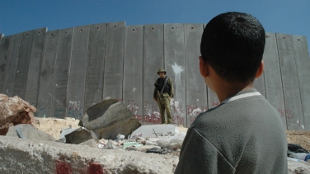 The European Commission should stop funding a research project coordinated by the United Kingdom's Natural History Museum (NHM) because of the involvement of an Israeli laboratory that operates in the occupied Palestinian West Bank, according to a letter written by more than 20 British scientists and other public figures. The 5-year, €5.19 million project, called NanoReTox, began in 2008 and is seeking to elucidate the environmental and health impacts of nanoparticles used in cosmetic products.

"We find it almost inconceivable that a national institution of the status of the Natural History Museum should have put itself in this position," wrote the authors of the letter, which was published in British paper The Independent last week. "We call on the museum to take immediate steps to terminate its involvement in NanoReTox and to establish safeguards...

The Israeli laboratory's corporate owner, a cosmetic company called Ahava Dead Sea Laboratories, is based in Tel Aviv but runs the lab in a West Bank settlement that runs afoul of international law. The International Court of Justice has ruled that all such Israeli settlements in the Palestinian West Bank violate the Fourth Geneva Convention, which states that an occupying power "shall not deport or transfer parts of its own civilian population into the territory it occupies."

"It should be brought to people's attention that the NHM of all organizations is very much tied up in a project that involves the exploitation of Palestinian resources," University of Southampton chemist and letter signatory Malcom Levitt, told Nature. Other NanoReTox participants include Kings College London, Imperial College, and the US Geological Survey.

According an NHM spokesperson, the European Commission and the museum failed to properly vet Ahava Dead Sea Laboratories when the lab was awarded more than €300,000 to perform analyses as part of the NanoReTox project. "When selecting research partners we focus on their scientific appropriateness, and because they were offered through a recognized European Commission channel, we did not investigate their background further," NHM spokesperson Chloe Kembery told Nature.