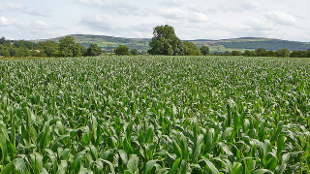 FLICKR, TIM GREENThe European Union (EU) Parliament and representatives of the EU’s member states last week (December 3) reached a compromise regarding genetically engineered, or genetically modified (GM), crops. According to the new agreement, the EU does not need a majority of member states to agree with its decision to approve a GM food product for human consumption. Rather, the EU will make its decision independent of member states, each of which will then be able to overrule the approval in its own country.

As a result of this new compromise, several GM crops that “have been in limbo for years” are now likely to inch toward the market, Nature reported. Crops that stand to benefit from the new arrangement include a variety of corn called Bt11, which has been under EU regulatory review since the mid-1990s, for example. “It means that those who don’t want to ignore the...

The new agreement must still be approved by the full EU Parliament and a separate committee of member-state representatives, and the legislation necessary to grant member states the right to ban GM crop cultivation is yet to come. But experts predict the new arrangement will be effective by spring of 2015, Nature reported.

While many researchers are pleased with the news, there are others—from both sides of the GM debate—that aren’t. Beat Späth, from the Brussels-based biotechnology lobby EuropaBio, is disappointed that individual European countries still have a right to ban EU-approved products within their borders. “[The agreement] enables Member States to formally reject safe products which are approved at European level. . . . European farmers have lost their freedom to choose,” she told EurActiv.com. Opponents of GM crops, on the other hand, are displeased that the European Food Safety Authority’s evaluation process has not changed. “In the short term, this change will allow multinationals like Monsanto to challenge national bans . . .” noted José Bové, a French politician.

But EU commissioner of health and food safety Vytenis Andriukaitis stands behind the new agreement. “[The deal was] a significant step forward, after four years of intense debates,” he told Nature. “[It will] give the democratically elected governments at least the same weight as scientific advice when it comes to important decisions concerning food and environment.”