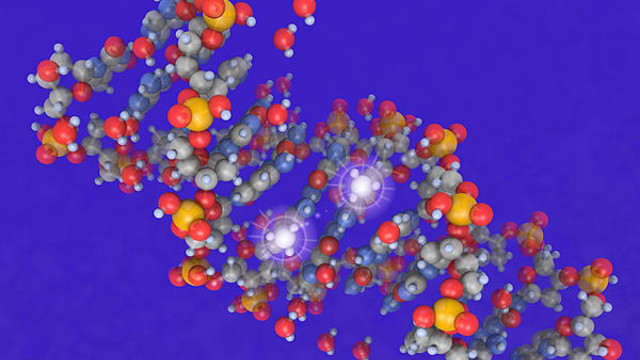 WIKIMEDIA, QUBEATCancer is primarily a disease of aberrant cell identity, and cell identity is largely controlled by epigenetics. Thus, it’s no surprise that “many cancers appear to be epigenetic diseases or have a very prominent epigenetic component,” said Jean-Pierre Issa, director of the Fels Institute for Cancer Research & Molecular Biology at Temple University in Philadelphia.

The mechanisms of epigenetic influence are numerous. Changes in epigenetic marks can directly affect cell identity, which in turn can affect various cellular phenotypes. Epigenetics are also important for controlling the expression of repeat elements such as retrotransposons. Indeed, it’s known that many cancers experience a loss of LINE1 methylation, which leads to the activation of the LINE1 transposon and, often, worse patient outcomes.

A handful of epigenetic therapies have already been approved by the US Food and Drug Administration (FDA), and many more are in development. Issa and other presenters at...

Many patients receiving epigenetic therapies have experienced dramatic responses. Decitabine, for example a DNA methyltransferase inhibitor approved by the FDA in 2006 for the treatment of myelodysplastic syndrome, a precursor to leukemia—has achieved complete remissions in nearly half of patients studied. The responses are often delayed compared with responses to other types of anticancer therapies, Issa noted. “Unlike cytotoxic therapy, where the tumor burden goes down really quickly, with hypomethylation epigenetic therapy the tumor burden really fluctuates, but it’s stable for a while and then a miracle happens and it goes away,” he said. Sometimes, patients who respond to these types of therapies in the long run at first appear to do worse, he added. “It’s a very complex therapy that is maybe doing different things in different patients.”

Another layer of complexity is the sheer number of methylases and demethylases—some more specific than others—that can have an effect. Sunil Sharma of the University of Utah’s Huntsman Cancer Institute described therapies targeting the demethylase LSD1, which is highly upregulated in various cancers. He cofounded a company to develop LSD1-targeted therapeutics. In the cancers tested in preclinical models so far, including certain prostate, lung, and breast, LSD1 inhibition showed notable antitumor activity. Efforts to determine the mechanisms have already begun to reveal different biological pathways in each case, however, Sharma noted.

Wrapping up the session, Shelley Berger of the University of Pennsylvania Perelman School of Medicine also emphasized that combining different therapy types is a promising direction, and added that epigenetic therapies could pair well with treatments whose responses are modulated by epigenetic mechanisms, as may be the case with certain immunotherapies.

Checkpoint inhibitory therapy, for example, shows limited durability in some patients, and understanding how the fate of the body’s effector T cells after they become exhausted could inform a patient’s response to checkpoint inhibition therapy. Using a technique called ATAC-seq, Berger and colleagues observed increased PD-1 expression in exhausted T cells. The researchers also showed that PD-1 expression remained elevated following checkpoint therapy, suggesting that the increased level of the protein “overwhelms the ability of the checkpoint inhibitor to block it,” Berger said.

During a separate AACR session, Steve Baylin of the Johns Hopkins School of Medicine also emphasized the possibility that epigenetic therapy could increase the efficacy of immune checkpoint therapy. He and his colleagues have begun combining demethylase therapies with anti-PD-1 treatments in clinical trials. He said his lab continues to dig into the pathways underlying these interactions.