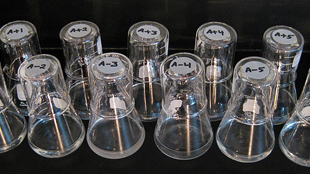 WIKIMEDIA, BRIAN BAER AND NEERJA HAJELASince 1988, Michigan State University’s Richard Lenski has led the Escherichia coli Long-term Experimental Evolution Project (LTEE)—12 flasks of bacteria that have been evolving in the lab for more than 58,000 generations. In the latest report from the project, Lenski and colleagues have shown that peak fitness—the point in an organism’s evolution when it is maximally adapted to its environment—does not seem to have an upper limit. Their work was published in Science last week (November 14).

“What this result says is that there are even more ways of adapting to environments than we imagined,” John Thompson of the University of California, Santa Cruz, told New Scientist.

Lenski’s team thawed E. coli taken from the LTEE at 41 different time points during the past 25 years and cultured the samples from different generations together in varied combinations with the most current generations....

“There is always tinkering to do, and you can always improve things a little bit,” Joachim Krug of University of Cologne in Germany told New Scientist. 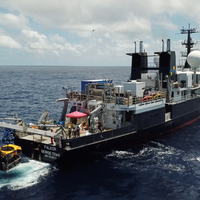