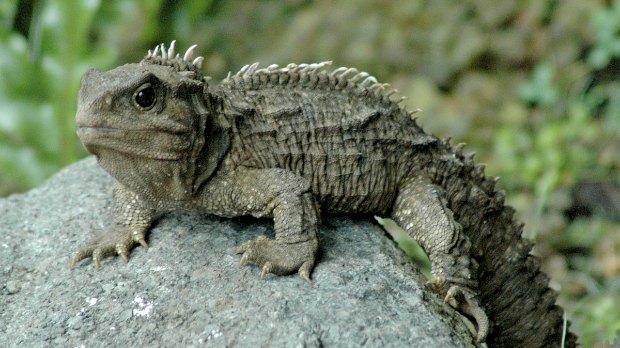 WIKIMEDIA, KERESHThe diversity of penis features among amniote vertebrates has left evolutionary biologists with an unanswered question: Did male external genitalia evolve more than once? In a study published this week (October 28) in Biology Letters, researchers looked to embryos of an ancient amniote lineage, finding that they go through a developmental stage with a penis that’s conserved among other amniotes.

The subject of the study, a reptile called a tuatara, does not have a phallus as an adult. So looking at its development could lend insight into whether it experiences stages of genital growth common to other amniote lineages.

Given the endangered state of tuataras, the authors turned to Victorian-era slides of tuatara embryos housed at Harvard’s Museum of Comparative Zoology. “The slides had been in storage for most of the 20th century,” Thomas Sanger, a postdoc at the University of Florida who led the study, told...

And what’s more is the slides revealed genital nubs in the embryos, just as other animals develop. “The implication is that male tuataras start to grow a penis as an embryo, but reabsorb it before they’re ready to hatch,” Gizmodo reported. “That means every single amniote lineage has the wherewithal to make a penis. And that suggests a penis is an ancient amniote trait that has diversified in many amazing ways over time.”