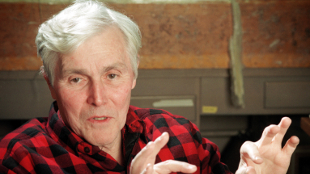 CARL WOESECORTESY OF THE UNIVERSITY OF ILLINOIS

The man best known for determining that archaea—an  ancient type of microbe that often lives in extreme environments—should be classified in their own domain in the evolutionary tree, died in his home on Sunday (December 30). Through his work and teachings, Woese advocated for the importance of studying microbes, including those that inhabit the human body.

“It’s clear to me that if you wiped all multicellular life-forms off the face of the earth, microbial life might shift a tiny bit,” Woese told The New York Times in a 1996 interview. “If microbial life were to disappear, that would be it—instant death for the planet.”

Woese made his discoveries in the 1970s by analyzing ribosomal RNA rather than looking for physical traits. He found sequences that were different from prokaryotes or eukaryotes, and named the group archaebacteria, which was later shortened to archaea....

“Carl not only rewrote the textbook in evolutionary biology, but his discovery also has given us the tools today to study the human microbiome, the incredibly diverse and complex assemblages of microorganisms in our bodies that contribute so much to both health and disease,” said Gene Robinson, the director of the Institute for Genomic Biology at Illinois, in a press release.

“Beginning as an outsider, he turned a field that was primarily subjective into an experimental science, with wide-ranging and practical implications for microbiology, ecology, and even medicine that are still being worked out,” said University of Illinois physics professor Nigel Goldenfeld, a longtime colleague and collaborator of Woese in a press release.

Woese is survived by his wife Gabriella, and their children, Gabriella and Robert.