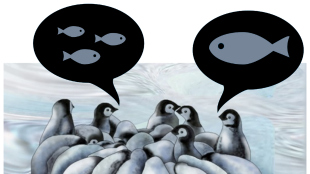 WIKIMEDIA, ZINA DERETSKY, NATIONAL SCIENCE FOUNDATION, AND ANNA BAUER“Science is a struggle for truth against methodological, psychological, and sociological obstacles,” wrote Daniele Fanelli and John Ioannidis in a Proceedings of the National Academy of Sciences report published this week (August 26). The pair presented evidence for this struggle after analyzing nearly 1,200 studies in 82 meta-analyses on biological and behavioral research. Overall, Fanelli and Ioannidis found that behavioral researchers are more likely to report extreme effects, and those in the US are more likely to skew extreme when study results suit their initial expectations.

Fanelli, an evolutionary biologist at the University of Edinburgh, and Ioannidis, a Stanford University medical professor, called this tendency a “US effect.” They found that behavioral researchers from other countries might also end up with extreme findings, but not as often as those in the US. It’s not entirely clear why this observed bias might...

The authors speculate that the culture of scientific publishing in the US nudges scientists to seek out methods that exaggerate their results. “Somehow the researchers there are subtly more pressured than elsewhere in the world to make strong discoveries,” Fanelli told The Guardian.

Chris Chambers, a psychologist at Cardiff University, was quoted in The Guardian as saying that he doesn’t believe US scientists are “actively engaging in mass fraud—instead, most of these questionable practices are unconscious. . . . It's easy to fool ourselves into thinking that a result which 'feels' right is in fact true. This problem is known as confirmation bias, which ironically was itself discovered by psychologists.”

One potential solution Chambers suggested centers on the idea of pre-registration, making researchers’ methods and hypotheses are laid out from the get-go. Fanelli proposed a culture shift, such that researchers are not rewarded just for publishing striking results in high-ranking journals, but for “research that is methodologically highly accurate,” he told The Guardian.