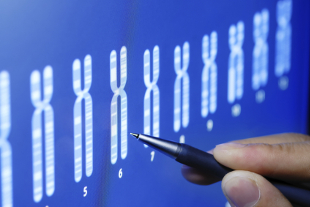 “[The studies] provide compelling evidence for the ability of exome sequencing to establish a molecular diagnosis,” the University of North Carolina, Chapel Hill’s Jonathan Berg wrote in an editorial accompanying the works.

In one paper, researchers from the University of California, Los Angeles, David Geffen School of Medicine showed that in a sample of 814 patients with suspected but undiagnosed genetic conditions who had their exomes sequenced recently, the overall molecular diagnosis rate was 26 percent. The diagnosis rate was higher for patients whose family members were also sequenced.

Separately, a team led by investigators at the Baylor College of Medicine in Houston, Texas, reported in a larger sample—2,000 patients whose exomes were also sequenced in the last few years—a...

“It is just a matter of time before genomics moves up on the physician’s list of things to do and is ordered before formulating a differential diagnosis,” study coauthor James Lupski of Baylor said in a statement.

Of course, when it comes to rare genetic disorders, confirming a diagnosis is only half the battle; there is also the issue of treatment. Writing in New England Journal of Medicine in June, Leslie Biesecker from the National Human Genome Research Institute (NHGRI) and Robert Green of Brigham and Women’s Hospital and Harvard Medical School noted that whole-exome sequencing may not be appropriate for all patients. Still, more and more physicians are ordering these tests, Biesecker and Green pointed it.