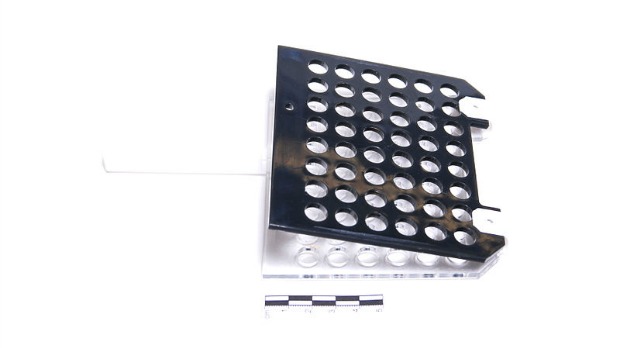 WIKIMEDIA, LILLY_MMolecular Endocrinology has retracted a paper from Sudarsanareddy Lokireddy, a former cell biology researcher at Nanyang Technological University in Singapore whose work has been flagged by the university for figure tampering. Already, Lokireddy—who is now listed as a postdoc at Harvard Medical School—was blamed for one retraction, and Retraction Watch previously reported that another is still to come.

The latest retraction concerns a study about the role of myostatin in skeletal muscle wasting. According to the retraction notice, “a substantial number of falsifications of Western blot data by the first author [Lokireddy] have been established (Figures 2C, 3C, and 6C).”

An investigation led by Nanyang Technological University concluded that several of Lokireddy and colleagues’ papers contained data that were improperly altered. “All authors have agreed, except for Sudarsanareddy Lokireddy,” according to the university’s report.

Lokireddy’s first retraction was of a 2012 Cell Metabolism study that also examined...

Update (February 2): Molecular Endocrinology published an extensive correction of a 2014 paper by Lokireddy and colleagues on Monday (February 1). According to the Corrigendum, figures 2, 3, 4, 5, and 6 all contained errors related to data "presented without proper explanation of how they were derived." In many instances, it appears that blots were copy-and-pasted in the figures, the journal noted. The correction does not explain whether the conclusions of the study were compromised.