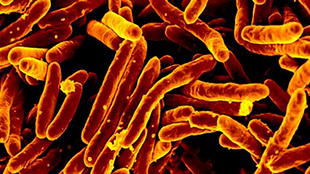 “Our findings suggest these three tests could provide a quicker way to identify patients who need alternative treatment regimens,” University of California, Davis, professor Antonino Catanzaro, who presented the study results at the European Respiratory Society’s Annual Congress in Barcelona earlier this week (September 8), said in a press release. “This is very important and could potentially save lives as well as help to curb the rise of drug-resistant TB.”

Researchers tested the three methods on more than 1,000 tuberculosis patients in South Africa, Moldova, and India. They compared the results to those obtained through the traditional Mycobacteria Growth Indicator Tube (MGIT) test, which...

One new method, called the Line Probe Assay (LPA), detects common mutations behind drug resistance in only one to two days. A second, called the Microscopic Observation Drug Susceptibility (MODS) test, took five to seven. A third method, based on pyrosequencing, took as little as one day or as long as a few hundred days, and was more difficult to use, MedPage Today reported.

Rapid tests for extensive drug resistance are important because patients often disappear during long waits for their test results or continue to move around their community, spreading drug-resistant TB, Francesco Blasi, the president of the European Respiratory Society, told MedPage Today.