Canada has the most lakes in the world, and giving a few over to scientific research for the past 44 years has proven invaluable for environmental impact studies. But in May the Canadian government announced it was cutting funding for the historic Experimental Lakes Area (ELA) in Ontario, leaving the facility scrambling to find a new source funding or face closure in April 2013.

The 58 lakes that make up the experimental area have been subjected to contamination by a whole range of pollutants and disturbances, in order to assess their impacts on the freshwater ecosystems. Studies with fertilizers in the 1960s and 70s were instrumental in proving phosphorus's role in eutrophication—the starving of a lake of oxygen by massive blooms of blue-green algae—that ultimately led to the ban of phosphates from laundry and dishwasher detergents in Canada and the United States.

“It’s easy for regulatory agencies to dismiss research done in a lab, but it’s less easy to dismiss work done in whole lakes,” Chris Metcalfe, an environmental toxicologist from Trent University who works with the ELA, told Nature. “People sit up and take notice.” The slash of federal funding came as a surprise to most of the researchers and staff at the facility, especially since several large, long-term projects have recently begun, such as studying the impacts of silver nanoparticles on lake ecosystems and the ecological impact of accidental release of transgenic fish from fish farms.

The Department of Fisheries and Oceans, responsible for the ELA, says the cut is the result of necessary funding restraints as its base budget will drop by 5.8 percent by 2015. ELA supporters say the facility's unique scientific value and relatively small running costs should be enough reason to save it from the axe, and decry the cut as reflecting "broader hostility towards environmental science within the federal government."

While there is some hope that funding will be picked up by universities, many are not in strong financial positions either, especially when any eventual clean-up of the land and water comprising the ELA would be the responsibility of any new managing body. 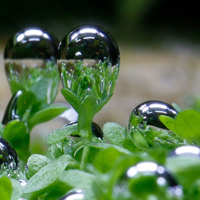