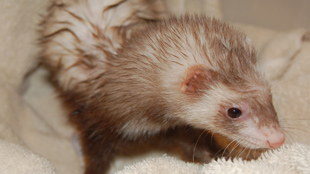 Yesterday (February 16) in Geneva, 22 experts sat down at the behest of the World Health Organization to debate whether and how to publish research in which scientists made the H5N1 avian influenza virus transmissible between ferrets. The 2-day meeting is closed to journalists and the public, but WHO released the participant list today, ScienceInsider reported.

In December, the US National Science Advisory Board for Biosecurity (NSABB) recommended that two manuscripts detailing the transmission procedure be redacted prior to publication, so that the potentially dangerous research could not fall into the hands of terrorists. A month later, Science and Nature published a letter, signed by 39 influenza researchers around the world, calling for a voluntary 2-month suspension of research into H5N1 transmission.

One of the scientists involved in the controversial research...

Participants at the WHO meeting include Anthony Fauci, director of the National Institute of Allergy and Infectious Diseases at the National Institutes of Health, Paul Keim, acting chair of the NSABB, numerous virologists, and ethicist Jerome Singh of the Nelson R. Mandela School of Medicine in South Africa. Also present are the authors of the two studies, who want to publish their data in full.