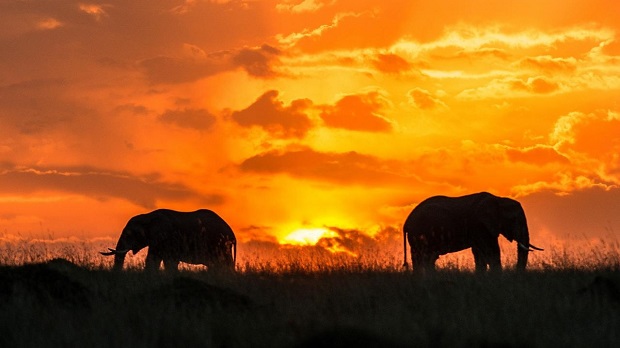 WIKIMEDIA, CHRISTOPHER MICHELWith about 100 times as many cells as a human, a 4,800-kilogram African elephant should, in theory, be more prone to accruing mutations that cause one of those cells to grow out of control. But elephants and other large mammals have surprisingly low rates of cancer, despite living for decades. As Joshua Schiffman, a pediatric oncologist at the University of Utah’s Huntsman Cancer Institute in Salt Lake City, and his colleagues found in a paper published last week (October 8) in JAMA, fewer than 5 percent of captive elephants worldwide die from cancer.

“Long-lived animals with lots of cells should all be dropping dead of cancer,” Schiffman told Science. “But they don’t or they’d go extinct.”

To understand why elephants are apparently cancer resistant, Schiffman and his colleagues scoured the genome of an African elephant and found 40 copies of the p53 gene, known to...

Another study published last week (October 6) on the preprint server BioRxiv also found dozens of copies of p53 in the elephant genome, as well as in two extinct species of mammoth. Coauthor Vincent Lynch of the University of Chicago speculated that p53 duplicated as elephant ancestors began to grow in size, but noted that this is likely not the only mechanism to explain the lineage’s cancer resistance.

Cancer biologist Mel Greaves of the Institute for Cancer Research in London agreed. “What would happen if elephants smoked and had a bad diet,” he told Nature. “Would they really be protected from cancer? I doubt it.”