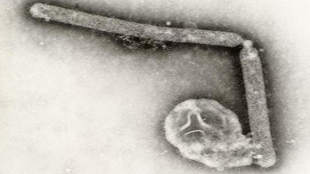 Despite positive recommendations by the National Science Advisory Board for Biosecurity (NSABB) and the US Department of Health and Human Services to publish in full the results of two H5N1 studies that managed to make the virus transmissible between ferrets, the director of the National Institute of Allergy and Infectious Diseases (NIAID) Anthony Fauci and others recommended that researchers respect "an extension on the moratorium" on such dual use research, ScienceInsider reported.

"The question is for how long," Fauci said while addressing a US Senate Committee on Homeland Security and Governmental Affairs last week.

The original 60-day voluntary moratorium on H5N1 transmissibility research was initiated by a letter signed by 39 influenza researchers on January 20, and was then extended by a World Health Organization (WHO) expert panel in February after it recommended the researchers publish the results in...

Indeed, much discussion has ensued during the now 4-month long moratorium. The US government instituted a new policy regard the review of dual use research, the National Science Advisory Board for Biosecurity and the US Department of Health and Human Services have recommended that the results of two H5N1 studies be published in full, and, just last Friday (April 27), the Dutch government announced that it will grant virologist Ron Fouchier of Erasmus MC an export license for his H5N1 transmissibility study, allowing him to submit a revised manuscript of his Science paper and finalize its publication without facing the threat of 6 years in prison or a $102,000 fine. But Fauci and others feel that there is more to be done before allowing such research to continue in full swing.

“Although this particular issue appears to have been resolved, it's going to recur and we can't just 'kick this can down the road' and deal with it on an ad hoc basis when it happens again," Senator Joseph Lieberman, who chaired the panel, said at the hearing.