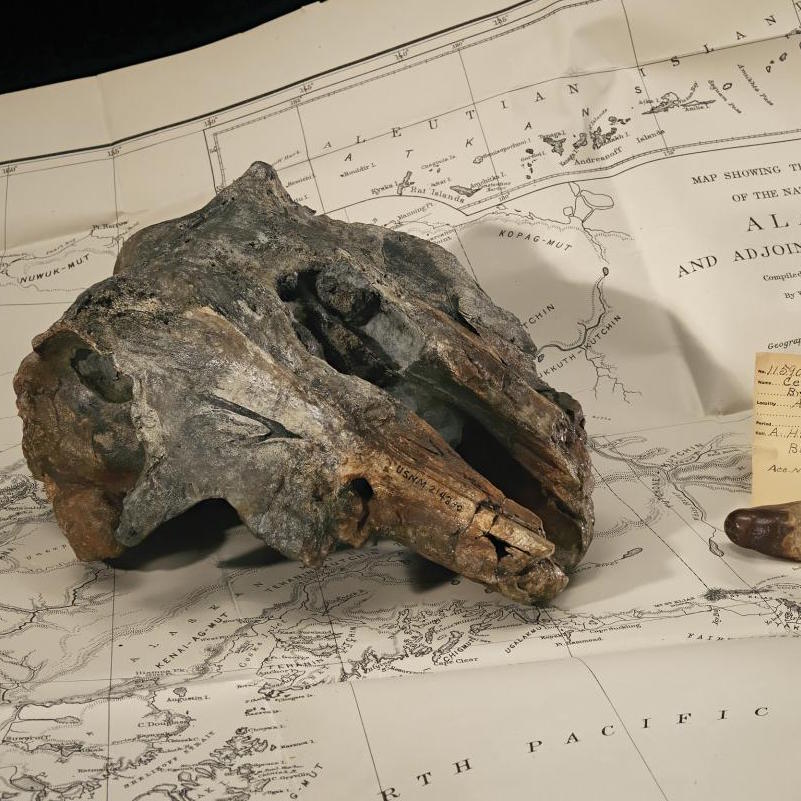 Arktocara yakataga skullSMITHSONIAN, JAMES DI LORETOOne of 40 million items in the Smithsonian’s paleobiology collection is a skull specimen that  belonged to an ancient, extinct species of subarctic dolphin, whose closest living relative swims in the tropics, according to a study published today (August 16) in Peer J.

More than 60 years ago, geologist Don Miller discovered the 9-inch skull in a 25-million-year-old rock in southeastern Alaska. He deposited the piece at the Smithsonian Museum of Natural History in 1951. For decades, its identity remained obscure. Only recently were a pair of Smithsonian paleontologists able to trace its evolutionary origins, by X-ray scanning the fossil and building a digital model, finding that it was a previously undescribed dolphin species.

The researchers called the new species Arktocara yakataga, an homage to its habitat—Arktocara stems from the Latin phrase for “the face of the north,”; yakataga is...

By comparing its anatomical features to other dolphins, the team discovered that A. yakataga’s closest living relative is the South Asian river dolphin (Platanista gangetica)—an odd animal that swims sideways, can’t see, and navigates by echolation through murky water.

The A. yakataga skull, one of the oldest remains of a family within toothed whales called the Platanistoidea, indicates that the South Asian river dolphin is the last surviving member of a diverse lineage that once spanned the globe. Today this species teeters on the edge of extinction due to pollution, habitat destruction, and people’s use of fishing nets. Only a few thousand individuals of the species remain.

“It is representing evolutionary history that will wink out if we don’t preserve it,” study coauthor Alexandra Boersma of the Smithsonian told Gizmodo.