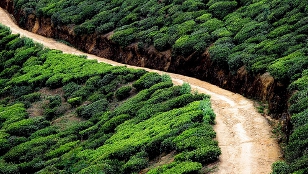 First described in 1872 , the dwarf toad Adenomus kandianus was only observed once after its discovery, and then named extinct. But now, researchers from the Herpetological Foundation of Sri Lanka reported their sighting of the species, according to a study published last week (June 15) in the journal Zootaxa.

The researchers spotted four toads in 2009 on rocks in a flowing stream in the Peak Wilderness Sanctuary, reported ScienceNOW. After researchers collected one toad for analysis, they realized that it matched no other known toad, and could only be the long-lost Adenomus kandianus. On a second trip, the researchers discovered more than 100 toads in a 200-square-meter sampling area.

Although the toad will no longer be considered extinct, its low numbers will keep the toad on the endangered species list, especially because of the increased human encroachment into Sri...