A review of more than 12,000 invertebrates suggests that one fifth of them are at risk of extinction, with freshwater species facing the greatest threat, according to a report published by the Zoological Society of London (ZSL).

"We knew that roughly one fifth of vertebrates and plants were threatened with extinction, but it was not clear if this was representative of the small spineless creatures that make up the majority of life on the planet," Professor Jonathan Baillie, ZSL's director of conservation, told BBC News.

The finding “is particularly concerning as we are dependent on these spineless creatures for our very survival," he added. Ben Collen, head of the Indicators and Assessments unit at ZSL, agreed: "Invertebrates are particularly good at providing things like water filtration and nutrient recycling."

According to the report, run-off from farms, industrial waste, and domestic sewage all contribute to one of biggest threats to...

Marine invertebrates are also highly threatened, though the picture is less clear because less than 1 percent of known species have been accurately assessed. "Our marine system is the least well-known system, so there's lots more work to be done in terms of discovering what's out there let alone what's happening to it," Collen told the BBC. "It's plausible that threat levels could be higher, particularly with threats that have no real boundaries like ocean acidification." 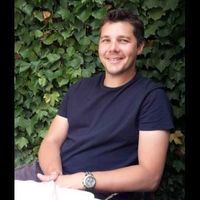