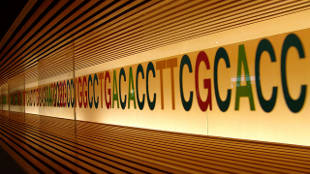 FLICKR, MIKI YOSHIHITOAn epigenetic mark known as 5-formylcytosine (5fC) may be more than a transitory state that helps regulate gene expression. According to a study published yesterday (June 22) in Nature Chemical Biology, 5fC is stable in the mouse genome and may represent a fifth nucleotide in the DNA alphabet.

“It had been thought this modification was solely a short-lived intermediate, but the fact that we’ve demonstrated it can be stable in living tissue shows that it could regulate gene expression and potentially signal other events in cells,” coauthor Shankar Balasubramanian of the Cancer Research UK Cambridge Institute said in a press release.

While the function of the modified base—essentially a methylated cytosine with added oxygen—remains unclear, its position within the genome points to a role in gene expression. “This modification to DNA is found in very specific positions in the genome—the places which regulate genes,” lead...

But when the researchers enriched cultures of mouse cells or mice’s diets with stable isotopes of carbon and hydrogen, they found no uptake into 5fC bases, suggesting the modification is stable.

“If 5fC is present in the DNA of all tissues, it is probably there for a reason,” added Balasubramanian. “This will alter the thinking of people in the study of development and the role that these modifications may play in the development of certain diseases.”