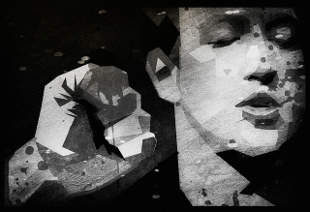 FLICKR, SURIAN SOOSAYUniversity of Utah evolutionary biologists Michael Morgan and David Carrier yesterday (June 9) proposed a new theory of early hominin evolution. The skull bones that suffer the highest rates of fracture during hand-to-hand combat—namely the jaw, cheek, eye, and nose structures—are the same bones that became the most strengthened during the evolution of human ancestors; they are also the bones that are most different between males and females of both humans and our immediate predecessors, the australopiths. As a result, the duo suggested “that many of the facial features that characterize early hominins evolved to protect the face from injury during fighting with fists,” as they wrote in Biological Reviews, dubbing their theory the protective buttressing hypothesis.

That early hominin evolution may have been driven by violence could reflect conflict over females and resources, the authors suggested. Then, as humans lost strength in their upper bodies,...

Previous hypotheses have pointed the finger at diet in explaining the australopith’s “strikingly robust facial features,” BBC News reported, with the addition of tough foods like nuts, seeds, and grasses driving the development of stronger jaw and facial muscles, and larger bones to support them. Recent findings of australopith teeth, however, have led some to question this idea. “In fact, [the australopith] boisei, the ‘nutcracker man,’ was probably eating fruit,” Carrier told the BBC.

In January 2013, Carrier and Morgan published on the idea that early hominins also evolved a hand that is better for punching, which fits with the new protective buttressing hypothesis. That australopiths evolved to be more effective fighters is not without criticism, however, and Carrier expects the new paper to attract a similar debate. Nevertheless, he said the clues are there. “Anatomy holds clues to what selection was important, what behaviors were important, and so it gives us information about the very distant past,” he told the BBC.