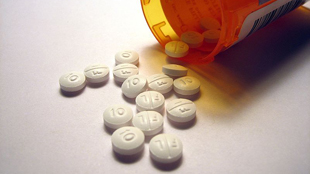 In January 2011, a phase III clinical trial for a highly touted new cancer therapy called iniparib, which inhibits a class of DNA-repair proteins called poly(ADP-ribose) polymerases, or PARPs, failed to prolong survival in metastatic breast cancer patients. Then in December, another leading PARP inhibitor, olaparib, performed poorly in a phase II clinical trial against ovarian cancer. Prior to large clinical trials, both drugs had shown promising, though unpublished, preclinical results, and were considered the “next big thing” in cancer therapy. But after the two failures, “clinicians were saying they didn't want to open any more clinical trials of PARP inhibitors,” Scott Kaufmann, a researcher at the Mayo Clinic in Rochester, Minnesota, told Nature.

So Kaufmann’s lab took a closer took at iniparib. Their results, published March 15 in Clinical Cancer Research, found that the drug does not actually inhibit PARP proteins, and “should...

Because the drug didn’t actually target what scientists thought it was targeting, iniparib’s failure in the clinic unfairly casts doubts on the potential of PARPs as a cancer drug target, the authors argue. And others agree. “It besmirched the entire class of compounds,” Alan Ashworth, chief executive of the Institute of Cancer Research in London, who has developed other PARP inhibitors, told Nature.

Unreliable preclinical studies, as in this case, are a problem for belt-tightening pharmaceutical companies with few resources to spare, Glenn Begley, former head of hematology and oncology at Amgen, added. “It's a distraction, and the drug-development challenge before us is already so great,” he said.