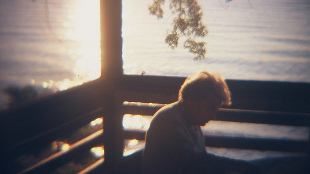 Flickr, kevin dooleyAfter several drugs promising to slow or even reverse the cognitive decline of Alzheimer’s disease flopped in clinical trials the past few years, two new studies suggest that one of the standard tests to measure cognitive performance may have been the common stumbling block. The new studies, both published in Alzheimer's & Dementia yesterday (Decebmer 18), provide evidence that the Alzheimer’s Disease Assessment Scale—Cognitive Behavior section (ADAS-Cog) may not be sensitive enough to detect minor improvements, but other researchers are skeptical that the ADAS-Cog was the downfall of previous trials.

“The negative results are due to the small effect size of the drug being tested and not the measurement instrument,” Stephen Salloway, director of neurology and the Memory and Aging Program at Butler Hospital in Providence, Rhode Island, told Nature. “I wish I could blame it on the test.”

The ADAS-Cog test—which scores patients in...

While researchers are reluctant to say that the test definitively contributed to some drugs failing in clinical trials, many acknowledge that new tests are needed. “These papers are very timely because we need new tests . . . that are more sensitive,” Salloway told Nature.